To reduce their credit card liability in the face of frequent cyber attacks, the financial industry created the Payment Card Industry Data Security Standard (PCI DSS) for retailers. This requires, among other things, that you protect segments of your network from the outside with PCI DSS controls. You need to set up a segmented network, including a card holder data zone, and prove it for PCI DSS compliance.

RedSeal automates significant parts of that proof of PCI DSS compliance. We know that all your budgets, including your security budget, are carefully scrutinized. Our automation has helped customers be more efficient as they evaluate their network security for exposures, go through an audit, demonstrate PCI DSS compliance network requirements, and avoid credit card loss. They’ve been able to re-deploy scarce staff to other tasks.

RedSeal also helps organizations meet the “Business as Usual” best practices in PCI DSS 3.2. The BAU guidelines were added to emphasize the need to implement network security controls as ongoing processes, rather than focusing on “just in time” compliance when the annual audit rolls around. RedSeal analyzes network infrastructure and network risk analysis on a nightly basis. This allows an organization to implement continuous monitoring of their segmentation and firewall configuration and effectiveness, with minimal operational overhead. 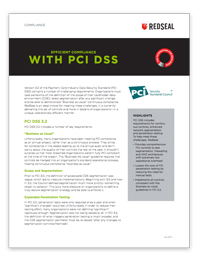 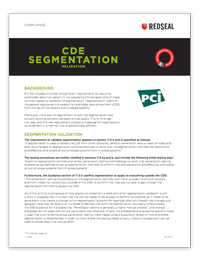