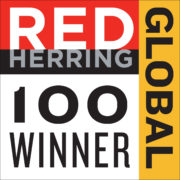 RedSeal has been named to the JMP Securities Fast 50 list of hottest privately held security and networking companies. The list recognizes innovators that have the capability to dominate their respective markets.