In an effort to create a highly-resilient global DoD network, DISA will use RedSeal to model and continuously monitor the infrastructure of the Joint Regional Security Stacks (JRSS), provide visibility into network segmentation and measure overall resiliency to deliver risk based situational awareness.

JRSS is a Department of Defense (DoD) program that creates a single, standardized, security architecture, which will eventually support more than 95 percent of the DoD’s network. JRSS performs firewall functions, intrusion detection and prevention, enterprise management, virtual routing and forwarding (VRF), and a host of network security capabilities. By deploying JRSS, DISA centralized the security of its networks into regional architectures, moving away from the more vulnerable, locally distributed architectures that are spread across each military base, post, camp, or station.

“The JRSS stacks are located at strategic military installations around the world, creating a massive, varied and dispersed network that supports critical military services. Its resilience is a matter of international security,” said Kimberly Baker, VP and GM RedSeal Public Sector. “From Fort Meade, the Joint Management Program monitors, manages and controls DoD digital operations all over the world. They need effective metrics to understand the real-time health of the global network, and RedSeal proved to be the best choice for ensuring its resilience under relentless probing and attack.”

To further improve the resilience of their networks – and as a result of this agreement – DISA will be providing RedSeal’s powerful modeling and risk scoring platform to all U.S. Army networks, USAF boundary networks, and several other COCOM networks.

“The new cyber battleground is inside the network, not at the perimeter,” said Ray Rothrock, chairman and CEO of RedSeal. “DISA chose RedSeal because our platform will help them more clearly manage and measure their cyber strategies and investments. This selection by DISA underscores the value RedSeal delivers to military and federal organizations, as well as enterprises at-large. As a company, we’re proud to help DISA’s teams be more resilient by being better prepared to sustain critical operations and protect high-value assets.”

As the nation deals with intelligence reports of Russian hacks of the U.S. presidential election, some of us in industry are pondering how President Donald Trump will tackle cybersecurity issues.

He already has a good road map. In December, the Commission on Enhancing National Cybersecurity issued its “Report on Securing and Growing the Digital Economy.” Kudos are in order. It is high time the executive branch dug deeply into cybersecurity issues.

If you’ve ever known someone who seems to consistently experience good luck, know this: luck is something you can attract toward yourself. In fact, research has found a correlation between good luck and the right attitudes and choices in life. Check out these quotes from a pile of executives who share their views on how anyone can be luckier….

“Preparation is a necessary prerequisite to good luck. Good luck occurs when an opportunity presents itself and you are prepared with knowledge, experience, and risk-taking ability. You need knowledge to recognize opportunities among the noise, you need experience to identify the patterns these opportunities often form, and you need the courage to take a chance. What people often say is good luck is simply a good choice based on evidence and risk.”

Anyone who has ever spent any time trawling the Dark Web will appreciate what a den of inequity it is. Cyber-criminals use forums as marketplaces to trade in everything from stolen credit cards to exploit kits that help steal those credit cards in the first place.

The trouble is, there doesn’t tend to be much loyalty amongst thieves. “Fraud between cyber-criminals has always been an issue that limited the profitability of their malicious campaigns” the Digital Shadows report states.

Those who commit fraud are often known as rippers, and every transaction within these dark markets now includes a “ripper tax” that decreases the profit for “legit criminals”. 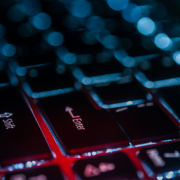 The Shadow Brokers are turning out the lights. On their way out they dumped another suite of alleged National Security Agency hacking tools.  Unlike last time, where the released exploits focused on network gear from vendors such as Cisco and Fortinet, these tools and exploits target Microsoft Windows operating systems.  Most of the sixty plus exploits are already detected by antivirus vendors, such as Kaspersky, and it is a safe bet that all antivirus vendors will detect them shortly.

In Shadow Brokers’ farewell post, they say they are leaving the account open for someone to deposit 10,000 bitcoins — the equivalent of $8.2 million — to obtain the entire cache of alleged NSA hacking tools. To date, no one has paid the requested amount.  With such a high price it has been speculated that the Shadow Brokers never seriously expected anyone to pay. This leads some to believe they are associated with a nation state who is trying to cause headaches for US spy agencies and the administration.

What can be done to protect your systems from these tools and exploits?  Basic security practices of course.  Keep your systems up to date with patches and operating system releases.  Practice your usual good cyber hygiene such not clicking on links in emails.  Be conscientious about what you plug into your home or business computers as a lot of malware can spread through external hard drives and USB sticks.

Also, it is imperative to have good backups and test your backups.  Many times after a breach occurs, organizations find out too late that they’ve never tested their restore procedures to verify they have good backups. Or, they learn that their backups have been infected with malware from previous backups of compromised systems.

Have an incident response plan in place and practice your incident response plans regularly. Having a plan is great. But you need to practice to make sure your team can execute your plan. Plans without practicing is the equivalent of a firefighter knowing it takes water to put a fire out, but not knowing how to get the water off of the fire truck and onto the fire.

Know your network; and consider using RedSeal.   Even if you don’t use us, knowing your network will lead to greatly enhanced resilience and enable your incident responders to keep business and mission critical systems online and functioning during an incident.  Security is not sexy, despite what Hollywood depicts. There is no silver bullet that will magically make your network impervious.  It takes hard work and continuous effort to build and maintain resilient networks.  So, do you know yours — completely?

Rothrock Will Say It Is Time for a Pivot from Protection to Resilience in U.S. Cybersecurity Strategy

SUNNYVALE, Calif. – January 12, 2017 – RedSeal CEO Ray Rothrock will deliver a keynote speech today at Texas A&M University’s Cybersecurity of Critical Infrastructure Summit 2017 in College Station, Texas. The three-day event, sponsored by the Lynde and Harry Bradley Foundation, will focus on cybersecurity in the energy and manufacturing sectors. It will convene experts, thought-leaders, and decision makers from government, industry and academia with the goal of defining approaches that will significantly enhance the security of critical infrastructure in the presence of evolving cybersecurity threats.

Rothrock’s morning keynote speech will discuss the need for a pivot in the nation’s cybersecurity strategy from protection to resilience designed to minimize losses in the evitable cyberattacks against our nation’s critical infrastructure.

“Cyberattacks are now so advanced that hackers can almost certainly succeed in getting inside any network of their choosing. To protect the critical infrastructure of our country, we need to be prepared to shut these attacks down as fast as possible,” said Ray Rothrock, chairman and CEO of RedSeal.

Heightening threats to infrastructure security are indicative of a broader cybersecurity problem. Rothrock warns that the rate of information security loss is accelerating faster than the ability to contain the threat. Despite the $90 billion spent on information security in 2016, last year organizations reported $1 trillion in losses from cybersecurity attacks. Rothrock predicts the gap will widen. Investment in cybersecurity infrastructure is expected to grow to over $101 billion by 2020, while cyber losses are increasing at more than twice the rate of security expenditures.

Yet, CEOs are not proportionately concerned about these risks. RedSeal polled 200 CEOs about their confidence in their companies’ cybersecurity posture and discovered they are dangerously unrealistic about how vulnerable they are. In fact, more than 80 percent display “cyber naiveté,” allowing their global organizations to be exposed to massive cyberattacks. Rothrock advocates awareness of these threats and implementation of resilience-based counter measures.

“In order to keep operating and stay productive even while fending off a cyberattack or fixing a vulnerability, a new cyber operating strategy is needed. This new strategy is called digital resilience, which, coupled with world-class prevention, is the best defense,” said Rothrock.

President Obama’s Commission on Enhancing National Cybersecurity also supports a pivot to resilience, concluding that resilience must be a core component of any cybersecurity strategy. The December report recommends more workers, government-private sector cooperation, and a new resilience paradigm, because firewalls will not keep all the threat-actors out. Rothrock will tell Summit participants that a comprehensive cybersecurity strategy across all IT functions and businesses to minimize the impact of cyber-attacks and network interruptions is needed.

Cybersecurity analytics firm RedSeal has revealed that there is a disconnect between CEOs confidence in cyber defence strategies and actual results.

The survey, which is based on 200 CEOs from various industries, such as technology, finance, manufacturing, government and retail, discovered that 80% of CEOs are confident in their company’s cybersecurity strategies, regardless of the fact that security incidents have increased by 66% year-on-year since 2009.