SUNNYVALE, Calif. — April 19, 2017 — RedSeal (redseal.net), the leader in network modeling and cyber risk scoring, has been recognized as a winner of the 2017 Bay Area Best Places To Work, an awards program presented by the San Francisco Business Times and the Silicon Valley Business Journal. 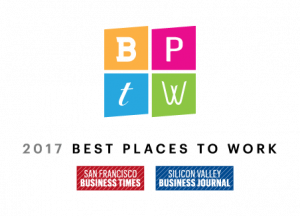 Select employers from the Bay Area were named winners of the awards program, held on April 18, 2017. These winning organizations were honored for having created exceptional workplaces that their employees value highly.

Award applicants were evaluated and ranked across five categories according to the number of Bay Area employees.  The ranking found companies in the region whose employees rate them as the highest on such values as fun, collaborative culture, solid compensation and benefits offerings and other amenities as well as management practices.  The rankings were unveiled on April 18, 2017 at the awards program.

“It’s an incredible honor to be named a best place to work in the San Francisco Bay Area, especially because this distinction results directly from employee feedback,” said Ray Rothrock, chairman and CEO at RedSeal. “We strive to create the best possible work environment so our team members can flourish and continue to advance our industry-leading network modeling and risk scoring platform.”

RedSeal is hiring! Visit our Careers page for current opportunities.