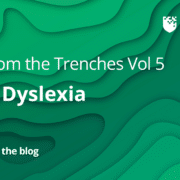 In this edition of the series, Bill Burge, RedSeal Professional Services exposes inconsistencies in policy definitions with RedSeal.

Numbers are a tricky business and more numbers equals more tricky, and sometimes our brains see what they want to see and not what is actually there.

While working on PCI audit prep using RedSeal Zones & Policies with a large manufacturer/distributor/retailer we were going over what Internet access existed from the Internet into their cardholder environment.

The customer had two external address blocks and some were allowed access through this path.

I asked the customer about this external address block and they said “yeah, we have two external blocks”.  We did a few laps around this like the old “Who’s on first?” routine.

It wasn’t until I put a sample from this range along with samples from their two ranges that they were finally about to SEE that it was an amalgamation of their two ranges, just enough to fool the hurried mind.

A quick Whois determined that the range belonged to a Chinese university, IN CHINA.

We were able to use other features of RedSeal to determine all the device configurations that referenced this block and submit change requests to get them remediated.

Tales from the Trenches: Vol 4 — Leveraging the Tools You Already Have

How Secure Is Your Pharma Research Data?