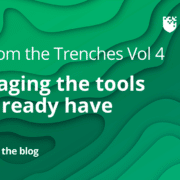 In this edition of the series Chris Naish, Sr. Sales Engineer, Federal at RedSeal explores prioritizing your risk mediation with RedSeal.

Leveraging the Tools You Already Have

Sometimes, you just need help understanding what you already have the ability to do…

Often while walking with customers along their RedSeal journeys, they’ll ask me, “Hey, what’s this Risk tab?”…

To prepare them for the coming screen of boxes of different colors and sizes, I preface the conversation by saying, “This might look intimidating at first, but I promise it’s not. It will make more sense shortly.” …

I’ll first take a brief detour to the Vulnerabilities tab in RedSeal and reiterate how on this tab, you’re essentially looking at the vulnerabilities in your environment one at a time. For any selected vulnerability, you’re able to see the related Host Count in the top frame, as well as the actual number of instances in the bottom frame (these counts may differ if the vulnerability in question can affect a host on more than one port).

Next, I’ll move over to the Risk tab and explain that by way of contrast, each of the boxes of different colors and sizes on the Risk map represents one of the hosts in your network. You can select any host and get related details in the bottom frame, including the vulnerabilities on that host.

But *why* are they all different colors and sizes?

The key to understanding the Risk Map layout is to click on Risk Map Controls on the left-hand side. Here you’ll be shown a series of drop-down menus, each with multiple options, which dictate how the host boxes appear, as well as how they’re grouped.

With this foundation laid, I explain that the main use case of the Risk tab is determining Mitigation Priority according to YOUR specific RedSeal topology. Say for example that you’re working with someone new to your patching team, who’s only responsible for Campus hosts. And they’re sitting next to you while you show them RedSeal’s capabilities. After a brief detour to Maps & Views to show them a RedSeal topology map that includes a Campus area, I might go back to the Risk tab and make this distinction: if you show them a simple Risk view, it may be perceived as overwhelming if you have a fair amount of vulnerabilities in your ENTIRE network that need to be patched. By way of contrast, if you INSTEAD manipulate the Risk Map Controls (and save the resulting layout) to display a Topology-based Mitigation Priority View, now the host(s) of concern for the Campus portion of your network can easily be seen. This can be done via the following drop-down menu selections: Group: First By Topology, Then By Primary Subnet; Appearance: Color By Downstream Risk, Size By Risk.

At this point, a customer’s wheels usually start turning and ideas come forth on how to make use of these concepts in THEIR RedSeal model and increase its’ value.

Tales from the Trenches: Vol 3 — Security Operations and Network Operations...