Cisco has disclosed a critical CVSS 10 vulnerability in ASA that can allow an uncredentialled user to take over the vulnerable device and change access rules. RedSeal has published a custom best practice check for customers to detect vulnerable devices that have the offending service (WebVPN) enabled.

On January 29th, 2018, Cisco disclosed a critical vulnerability (CVE-2018-0101: Cisco Advisory, NVD Link) in the Cisco ASA software that runs on Cisco firewalls and other network devices. On January 30th, the advisory was updated to reflect the newly issues severity score of CVSS 10 – the highest possible score. The vulnerability is in the WebVPN feature of ASA. An uncredentialled attacker with access to the WebVPN portal can exploit the vulnerability to take over the device and execute arbitrary code, or force the device to restart.

What is the impact?

This WebVPN service is often exposed on firewalls, particularly on edge devices mediating access from untrusted networks into organization’s private networks. A successful exploit of this vulnerability can allow the attacker to take over the device, changing any routing or access rules on it to open access from untrusted networks leading to infiltration of the corporate network. Alternatively, the exploited device can be forced to restart resulting in a denial of service for anyone that depends on access which goes through the device.

Mitigation and Remediation – How can RedSeal help?

Cisco is currently rolling out patches to the impacted devices. RedSeal has developed a custom best practice check and made it freely available to customers to quickly identify vulnerable devices anywhere on their network with the WebVPN service enabled. This CBPC can be manually imported into RedSeal to quickly and accurately identify which devices are vulnerable and in need of patching or other mitigation.

Customers can find the CBPC as well as installation instructions in the RedSeal Customer Support Portal. 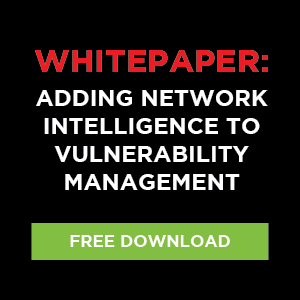