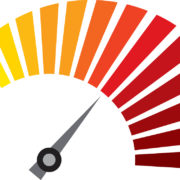 As an essential step in building a digitally resilient organization, RedSeal’s cybersecurity analytics platform gives users the most up-to-date model of their entire, as-built network, so that they can visualize access paths and quickly target cybersecurity resources where they will have the biggest impact on their most valuable assets.

RedSeal’s security analytics platform now adds critical network context to incident response efforts. It allows users to analyze the path between the suspicious host and reachable asset, and then drill down to highlight the change required to prevent that access–typically a firewall configuration rule change.

In addition, only RedSeal provides an organization with a critical benchmark to manage cybersecurity through its Digital Resilience Score. An easy to access web dashboard or the new iPhone and Android smartphone application provides a current digital resilience score, based on RedSeal analytics. The smartphone application provides executives with their network’s current score and daily trending information. The RedSeal dashboard provides network managers and CISOs detailed information to understand and remediate security exposures. RedSeal’s Digital Resilience Score has garnered attention from finance firms working to incorporate cybersecurity into M&A valuations, as well as from cybersecurity insurance underwriters seeking actuarial data.

Improved automation, with features including assisted modeling and auto-grouping, will increase user productivity. To extend the benefits of the RedSeal security analytics platform within an organization, RedSeal’s platform now also includes Splunk and FireEye integration. All key functionality is available through industry standard browsers, making analysis simple and quickly understandable.

“Organizations invest huge amounts of time and money trying to stave off the inevitable cyberattack,” said Ray Rothrock, chairman and CEO of RedSeal. “As long as people are involved, either by criminal intent or plain human error, there will be network intrusions and weaknesses. Digital resilience is important because attacks are inevitable and organizations must be prepared to thrive in their wake. Being able to measure your digital resilience and respond quickly to incidents can mean the difference between a minor setback versus a total meltdown.”

RedSeal is an essential step in building digitally resilient organizations people can trust. RedSeal’s security analytics platform builds an accurate, up-to-date model of an organization’s entire, as-built network to visualize access paths, prioritize what to fix, and target existing cybersecurity resources on the most valuable assets. With RedSeal’s Digital Resilience Score, decision makers can see the security status and benchmark progress toward digital resilience in the inevitable attack. RedSeal’s customers are Global 2000 corporations and government agencies that depend on the most sophisticated security. Founded in 2004, RedSeal is headquartered in Sunnyvale, California and serves customers in North America, Europe and Asia.

RedSeal and the RedSeal logo are trademarks of RedSeal, Inc. All other names and trademarks are the property of their respective owners.