RedSeal Chief Operating Officer Julie Parrish has been named to the 2019 Stevie Award Winners for Woman of the Year – Technology.

Since 2002 the Gold Stevie Award has been conferred for achievement in business to organizations and individuals in more than 60 nations. They were created to honor and generate public recognition of the achievements and positive contributions of organizations and working professionals worldwide.

RedSeal CEO Ray Rothrock has been named to the class of 2019 Reboot Leadership Award winners by SC Magazine.

Reboot Leadership Awards 2019 honors executive and professional leaders in our space for their unique, inventive and inspiring contributions that improve security, shape the industry, provide thought leadership, and otherwise have a positive impact on cybersecurity. 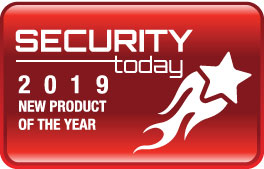 RedSeal was named 2019 New Product of the Year Award in the Risk Management Software category by Security Today. The award program honors the outstanding product development achievements of security equipment manufacturers whose products are considered particularly noteworthy in their ability to improve security.

SAN JOSE, Calif. — April 24, 2019 — RedSeal today announced that it has won eight awards over the past six months. Its cyber risk modeling and scoring platform is trusted by more than 220 Global 2000 corporations and mission-critical government agencies, including all branches of the U.S. military, as well as power grid companies and the world’s leading financial institutions.

The RedSeal platform provides users with a deep understanding of their complete enterprise data centers, including public cloud, private cloud and physical network environments. This in turn improves an enterprise’s resilience to cyber events.

The following organizations honored RedSeal’s business strategy and the technical excellence of its platform – across the government, cybersecurity and financial sectors.

“Our cyber risk modeling platform plays a critical role in helping organizations validate their security posture and accelerate investigation, as well as improve the productivity of their network and security teams,” said Ray Rothrock, chairman and CEO at RedSeal. “Maintaining digital resilience is critical for every organization, regardless of its size. These awards are a direct reflection of our team’s dedication and ingenuity.”

RedSeal has been named a winner of Security Today’s Govies Government Security Award for Network Security. Security Today magazine is the only integrated product and technology magazine reaching the entire security market and the awards honor outstanding government security products in a variety of categories.

RedSeal has been named to the JMP Securities Elite 80 report (formerly Super 70) for the third year in a row. The list recognizes the most interesting and strategically positioned private companies in the Cybersecurity, Data Management & IT Infrastructure industries. 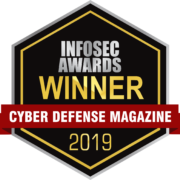 Cyber Defense Magazine (CDM), the industry’s leading electronic information security magazine, has named RedSeal as the winner in both  Cutting Edge, Compliance and Leading Edge, Network Security and Management at their Infosec Awards for 2019.

The publication made their selections from over 3,000 companies who create and offer the most respected InfoSec products and services. 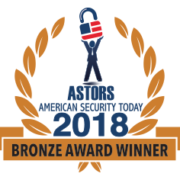 The Annual ‘ASTORS’ Awards is the preeminent U.S. Homeland Security Awards Program highlighting the most cutting-edge and forward-thinking security solutions coming onto the market today.

TMC’s Cloud Computing Magazine has named RedSeal as a winner of their 2018 Cloud Computing Security Excellence Awards. The awards honor solutions in two categories: those that most effectively leverage cloud platforms to deliver network security, and those providing security for cloud applications.

Cloud Computing magazine is the industry’s definitive source for all things cloud – from public, community, hybrid and private cloud to security and business continuity, and everything in between.