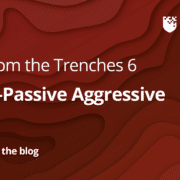 In this edition of the series Bill Burge, RedSeal Professional Services shows the network as configured, not necessarily as designed, with RedSeal.

While working with a global reach chip manufacturer, a new member was added to those who helped manage RedSeal.

He had spent over a dozen years working his way up the Network Operations group to become one of their top network architects, and his knowledge of the network was determined to be of great value to the Security Architecture group.

As we were reviewing some of the RedSeal findings and giving him a tour of the capabilities of the deployment, it was pretty obvious he was neither impressed nor entertained. With his history of designing, building, and managing the network; he was almost offended that some product could tell him ANYTHING that he didn’t already know about his network.

Reviewing Model Issues, specifically Overlapping Subnets, I’m explaining how there can be multiple reasons why they might exist, but many times they are a simple typo in a netmask. We found such an example.

He proceeds to dig into the config with the intent of showing us how “RedSeal got it wrong”. (I’m preparing for this to spiral into a very bad scene.)
He finds the line, and he finds the typo.

The room gets REAL quiet and I’m holding my breath. Finally, he sits back in his chair and visibly deflates. He then offers “That’s probably been in there for over a DECADE!”
Then he starts laughing and says “I’m probably the person that put it in there!”

After that, he wanted to see “everything!”
He says “There’s 18 months worth of work to fix just the things I’ve seen today!”  His teammates point out to him: “Yes, but it’s not YOUR job anymore to fix it.” (Big smile.)

How to Navigate the Shifting Healthcare Cybersecurity Landscape